A self-help group for anyone having problems or indeed anybody that can help with FrSKY products.
Forums
General Info
Ethos
Frsky Ethos. A tota...

Help I'm trying to set up my Redshift in Ethos .I'm struggling with the flight modes and mixes as the trim is different in each mode. I cannot see where this is done. Seen in the flight mode the trim, but this does not adjust a single surface it also does the corresponding one.

I don't think this is possible at present, there is a request for this feature to be implemented.  You can read the request in the link below and perhaps make your own comments.

As of 1.0.5, you can configure each trim lever to be either independent per FM, or shared across all FMs. See the Trims menu under the 'Flight Modes' icon.

I have used Frsky hack models for years associated with JR and Graupner Tx’s.neither of which are now available and back up or service not possible.

Decided that the new X20S s was so beautiful that I wanted one to replace the aging JR and Graupner that I have, irrespective of my reservations over the open Tx similarities with Ethos operating system, Rich at T9 had sold out first allocations so ordered one from Horusrc in Singapore, big mistake but we all learn, when things go tits up.

The new radio arrived 3 weeks ago and I have been trying to set it up to mirror my Graupner MC 20 for F5j gliders, making some progress but not there yet, however, last night when trying to outputs to the same as on the Graupner the radio made a buzzing sound and then the screen went black but the on button stayed lit up.

Could not get any sign of life out of the Tx. Finally took out the lipo and plugged it back in. Switch light had gone out, so tried to boot up again, pressed switch and it booted for approx 1 second and said “well” from the welcome message, then screen went black again and switch stayed lit. Tried same again, lipo out and boot again(that famous IT Guide switch off and start again) did not work now radio is effectively dead system does not work with out the micro SD card so I presume that I have some how managed to corrupt the SD Card but don’t know what to do to rewrite to it again and can’t find anything on Ethos Frsky site that even seems relevant to this problem.

Any help and suggestions in plain “dummie” style English would be greatly appreciated.

Hi Cliff thank you for your advice, have sent HorusRC an email and video of fault now waiting on a response!! The result if any will be of my making, should have waited for T9 oh well !

continued to play with the X20S today and took out the SD Card and tried to switch Tx on, screen just shows “no sd card” so went out and bought a new SD Card cost £6

installed the new card into the X20S and it has fired up and working as it did originally. Problem solved!

hope this is of assistance to someone else in the future. Best Phil

not having any luck with ethos whatsoever

there appears to be no logic to the setup and the instructions are next to useless as there is no explanations of how to do the simplest of set ups  wizards are a waste of time. Oh and it’s just blacked out another screen and won’t switch off again. Only way is to power down remove lipo and when it reboots it just goes pop and closes to a black screen again. Not at all impressed so far. Oh and by the way HorusRC. Com after sales non existent joke!!!! 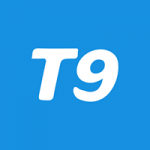 Oh and it’s just blacked out another screen and won’t switch off again. Only way is to power down remove lipo and when it reboots it just goes pop and closes to a black screen again. Not at all impressed so far. Oh and by the way HorusRC. Com after sales non existent joke!!!!

there are some bugs to iron out, are you on the latest version 1.07?

Thank you for the link and user manual I have been through the manual from end to end several times, Its a  great statement of whats in the TX box, but for some one who has never seen Open Tx, precious little information on how you get to configure and use switches, modes mixes etc. or even where to start, Its inevitable that you try and emulate the workings of a system that you are familiar with, for me I am trying to put 20 plus years of using Graupner into a system that does not want to work that way and there is no info anywhere except a few videos on You tube about how you open the box - I managed to get the box open all by myself ! Some setup examples that build from basic through to competition setups would be great e.g. F5J - needs to  get  motor on a switch then activate via a slider, or get flight modes on a three position switch  simple on a Graupner Tx  - its all so much trial and error to find out what works and does not work for a situation that you know what the result required is but getting there without any form of map is well !!!!!! - even a flow diagram or even better some example model set ups would go way beyond what the "wizard" is supposed to do, personally I think its a liberty to call it a wizard- should be a first year at Hogwarts.

I may be doing the whole X20S radio a dis service but at the moment - only, the cost has kept it away from being hurled against the nearest wall. You ask about the version of the firmware being run..... I have been onto the forum  spent the last two weeks looking for version 1.0.7 - found it only to be faced with approx 12-15 options of downloadable compressed files ...............and not one listed as 1.0.7 even under the section that is headed 1.0.7 - not easy to follow for some one who can use a computer for work but that's about as far as it goes, when something goes wrong then a call to "IT support" is available, not with a set of gear!

I am a great advocate for plain simple english and no use of geek shorthand ( apologies to geeks everywhere) that just confuses the simpleton like me. E.G - LBT and FCC when you understand what the abbreviations are for easy peezee, but until you know then its mighty difficult to even work out what your missing.

@flybiggles    I have been just as confused as you,and I use FRSky os on my Horus as well as Open source on my Taranis,but I am now getting there.Another source of help is RC Groups .com they have 500 pages on their forum on the X20 Ethos.A question for Mr Bago to answer, I suspect,how do I know that the battery is being charged and also when it is fully charged? When charging from the USB on my PC the transmitter on switch is illuminated,when charging from a mains USB adaptor there is no light on

if you get no light on your switch it is not charging, on the mains i suspect its kicking out more than 2amps which is too much

Thank you for the link and user manual I have been through the manual from end to end several times, Its a  great statement of whats in the TX box, but for some one who has never seen Open Tx, precious little information on how you get to configure and use switches, modes mixes etc. or even where to start,

the manual i sent in the link is a full 125 page on how to use Ethos! have you checked it out? again here is the link:

ReplyQuote
Page 1 / 2 Next
All forum topics
Next Topic