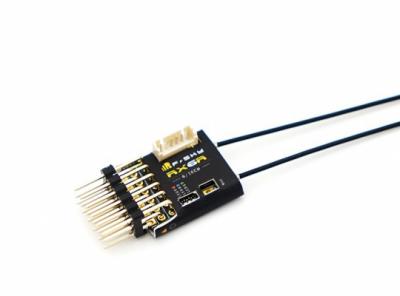 The RX6R is a standalone receiver with all the functions of X6R, it features 6 PWM outputs with extremely high precision and low latency. The latency of PWM output is 9ms less than that of the X6R in high speed mode. The RX6R features the redundancy function as well, this means you can add another receiver as a back-up in case the first one fails. Last but not least, the RX6R and the whole RX-line has a 40% increase in range compared to the previous X series receivers.

All files relating to the RX6R Receiver including manuals and firmware updates can be found here: